An alternative way of thinking about art and the role of the artist in the middle Amsterdam city center.

The entrance to the W139 gallery is squeezed between a smart shop and an anonymous bar. It’s a few meters away from the Condomerie, the popular condom store in the famous Red Light District of Amsterdam.

From the outside, you don’t know what is going on at number 139. It is one of the last independent art production spaces, a survivor of the Amsterdam underground scene, and above all an alternative way of thinking about art and the role of the artist.

It’s a former theatre occupied by a group of students in the 70s, where the Warmoestraat was considered a dangerous place due to the massive drug trafficking. The five artists at the origin of this adventure wanted to have a place to exhibit their works by proposing an alternative model to the established system of commercial institutions and galleries.

An ambition that is still the backbone of W139 gallery that is nowadays a professional but not institutionalized art platform.

Outside the market logic, the group managing the gallery focuses on the word “freedom”. Unlike what happens in most commercial locations, artists are at the center of the production process and have white paper for creating, but also for managing financial resources and communication.

W139 is based on a collective organization and firmly believes in group strength, which means the space is run by a team of ten people, plus about 20 artists from all over the world. Artists are in charge of the gallery’s planning, of course not alone: in turn, they form groups of artists who are called to collectively reflect on an exhibition and an events calendar.

Risk plays an important role in this process. Artists are not selected based on their work, but rather on the artistic intentions and the urgency that comes from them. The works are still in a phase of reflection, they are created during the process of the exhibition, a major risk for the gallery, but also for the artist, who is exposed to the possibility of change and failure.

Most of the work is specifically designed for W139 spaces, and its size is a risk factor in itself. Of the former theatre, the gallery preserves monumental dimensions, which are a real surprise in a neighborhood where the square meter is getting more and more expensive.

Artists also have to cooperate with others. With the rest of the group – exit ego and self-promotion, the gallery organizes only collective exhibitions – and with the public. W139 is well known in the art world and has its usual visitors. It is also a place randomly visited by tourists. The district, once a squatters’ area, is famous today for brothel windows and coffee shops. This influences the artists’ formal choices, which must be confronted with a very special visual atmosphere – just think of the Condomerie! -, commercial, often cheap and invasive.

Moreover, the fact of being in such a neighborhood has important consequences also on the logistics, which has to deal with an increasingly rigid regulation related to the recent years’ tourism boom.

On an increasingly commercial street, W139 resists as a contemporary art space where art and artist play the central role. The exhibitions arise from the desire and the need to take risks, with the conviction that energy comes from group work.

Without pre-established guidelines, without a rigid curatorial approach, W139 can be defined as a community whose identity is to be found in the strength of the collective. 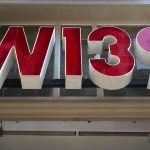 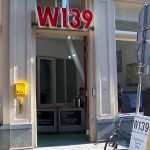 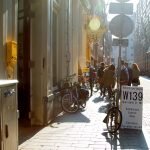 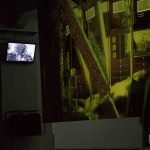 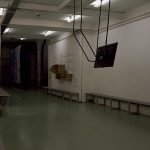