1. noun | the capacity to have an effect on the character, development, or behaviour of someone or something, or the effect itself

2. verb | have an influence on 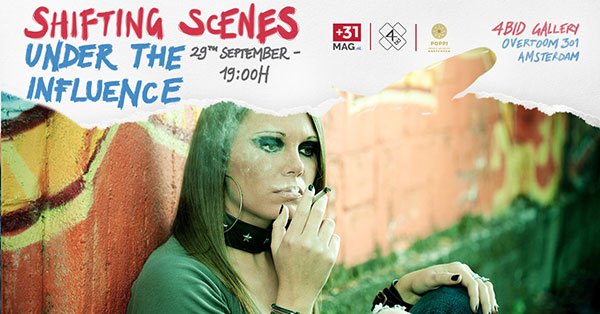 What does influence mean? Is it possible to go beyond it? When it comes to drugs, stereotypes and prejudices are not easily overcome. Addiction, control, illegality, tolerance are all terms we encounter every time we deal with the topic of drugs. Far beyond drug policy in the Netherlands – which aims to reduce demand, supply, risk, immediate surroundings, and society – is the pragmatic approach that openly tolerates recreational use – under certain circumstances – the only viable solution to keeping it a public health issue? Or, is the topic more to do with societal awareness, personal responsibility, and freedom of choice? These are the questions we look to address at the next edition of our documentary screening series, SHIFTING SCENES.

On Sunday, 29 September, the 4th edition at Amsterdam’s 4Bid Gallery will partner with Poppi: Drugs Museum Amsterdam to highlight and discuss the topic of drug policy and harm reduction across several geographic regions. As usual, everyone is welcome. There is a suggested donation of 5 eur of which all  proceeds go to Poppi. Doors open at 18:30, with the first screening at 19:00.

(WARNING: SOME OF THE FILMS DEPICT GRAPHIC IMAGERY)

Immediately after the screening, we will host a conversation on drug policy and harm reduction with:

For all the information on the films, partners, and speakers of SHIFTING SCENES 004 go to the Facebook Event Page.