ICC 21st anniversary. Experts to 31mag: let’s save it, but reforms are urgent

In 1998 the Rome Statute was signed and the ICC was born in the light of a new millennium: it was a glorious momentum of hope. 21 years later, the ICC faces new challenges to its legitimacy. New wars arise, migration intensifies, new powers sit at the negotiating table, populists and strongmen become “fashionable”. But the desire for accountability remains. The question is: will the ICC survive such a hostile environment?

“We need to preserve the multilateral system from those who want to demolish international cooperation” says to 31mag.nl William Schabas, professor of human rights at Leiden University in the Netherlands, one of the world’s leading specialists in international human rights law, he has been writing about the ICC since its very creation. “The legitimacy of the ICC is being attacked by those who favour a world in which countries pursue merely their own interests.” says Schabas. 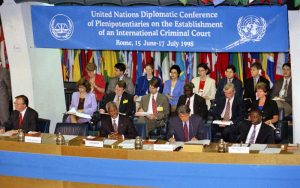 The establishment of the International Criminal Court in 1998

According to him the multilateral system needs to be protected from those who want to demolish international cooperation. How? Addressing the in-house problems of the ICC, while preserving the institution from external threats.

21 years after the first signature of the Rome Statute, the world’s most powerful countries in still refuse to ratify it. Which means that crimes committed on the territory of Russia, China, Israel, and the USA cannot be prosecuted.

For Kirsten Meersschaert, director of programs at the Coalition for the International Criminal Court, an umbrella organization which promotes the role of the ICC, “there is more to say about the number of states in the ICC than those out of it.” She says to 31mag. that “122 countries are in, and this says a lot about the collective desire for accountability.”

“Collaboration with international institutions such as the ICC often fluctuates with time and administrations in place”, Meersschaert says. The USA is the most emblematic example: a signatory of the Rome Statute, a Treaty it never ratified, it has in the last years “positively and proactively collaborated with the Court.” This has obviously changed now, with Donald Trump utterly rejecting the legitimacy of the ICC, its authority, and its jurisdiction. 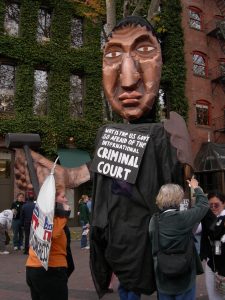 Demonstration in Seattle in 2017

But the International Criminal Court doesn’t only have to be protected by external threats; internal dynamics might also contribute to weak its mission: “there are issues of institutional culture that need to be addressed” within the Court, prof. Schabas says. It is not a case that six judges are litigating against the Court itself. The risk is to spend more money on internal litigation then on victims’ reparations. “Judges are often really fractious and go in different directions. It would be great if there was more homogeneity among their legal opinions,” Schabas adds.

Another common critique to the ICC is that of only prosecuting “easy targets”: former leaders that have been left behind and outside of the relevant political circles. At the annual Assembly of State Parties of December 2018, the UK lamented how, after two decades and more than €1.5 billion spent, “we only have three core crime convictions”.

But, as Meerschaert tells us, “the prosecutorial strategy is based on the idea that if you prosecute individuals at a mid level, you can gather more evidence and build a more solid cases against leaders at a higher level.” So, current prosecutions should serve as a build up to the investigation and prosecution of more powerful leaders. When and how that will happen is a question that inevitably remains unanswered.

As Shabas tells us, the recent decision not to investigate Afghanistan “plays in the hands of those accusing the Court of double standards“. But, the professor does not think that the case is completely closed: he is confident that the prosecutor will appeal the decision or apply again. 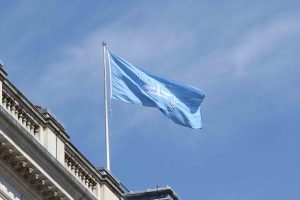 The flag of the ICC

“I would like to see the ICC taking on more cases that challenge powerful countries,” he says “issues related to the conduct of Israeli authorities in the occupied Palestinian territories; of British soldiers in Iraq; of the Russian forces in Ukraine and in Georgia; and the torture charges against American officials in Afghanistan.”

“I think that taking on hard cases such as this, is crucial to the Court becoming a meaningful and dynamic institution,” he concluded.

The world is changing, and the ICC has to change accordingly if it wants to protect its legitimacy. There is a sense of urgency for internal reforms and a need for more effective international cooperation. The ICC needs bold reforms to move towardICC 21st anniversary. Experts to 31mag: let’s save it, but reforms are urgent 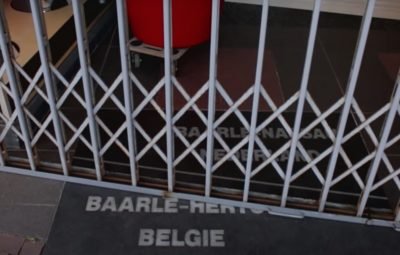