The influence of the eastern manufactures in the Dutch lifestyle of the 17th century. Without forgetting its darker side

170 object (chosen among more that 600), 60 private collections, 2 designers, 5 curators, overseas cooperations and 4 years of hard work: these are the ingredients of Asia > Amsterdam. Luxury from the Golden Age, exhibited in Amsterdam Rijksmuseum from October 17th 2015.

The exhibition shows a path entailing paintings, porcelains, handkerchiefs and manufactures made during the 17th and the 18th Century in the more Far East regions, in which the Dutch had complete trade monopoly. At the same time, it marks the influence these objects had on lifestyle, costumes and artistic production of the Netherlands.

The trade with the Orient, indeed, on one hand allowed the importation of spices, exotic fruits and unknown pods, creating new and exclusive habits; on the other hand, it produced a real exchange of luxury goods which merely had an ornamental purpose and which, introduced by the Dutch merchants, entered the houses of the richest European citizens. Between 1600 and 1700, The Netherlands, with the foundation of the United East Indian Company [VOC, Vereenigde Oost-Indische Compagnie, e.d.] and more than 40.000 employees, obtained the exclusive hegemony of some of the most prosperous harbours if Japan, China and India, while others were conquered (Jakarta, than called Batavia, for example). 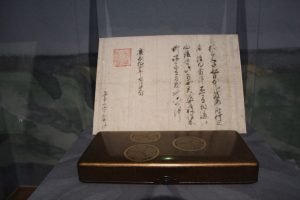 “While The Netherlands couldn’t directly have trade relationships with China, Japan represents a really interesting case” Femke Diercks, curator of the exhibition, tells to +31mag.nl. “The trade with Japan was born in 1609, when the Dutch gained free entrance in the commercial harbours of the country, as the original letter committed by Tokugawa Ieyasu a Jacques Groenewegen testifies”. Despite Portugal had reached Japan before the Netherlands, in 1640 Japan decided to close the harbours with all Western countries, except with the Dutch, who owned monopoly on the port of Dejima.

This theme, which became usual in most of the objects imported from Japan an ‘typically’ Dutch, is reproduced in two ornamental cabinets coming from the royal palace of Huis ten Bosh, in Den Haag, exceptionally supplied for the exhibition. 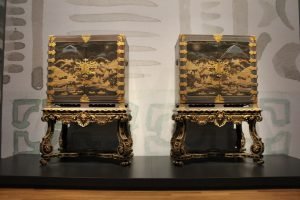 The cabinets, lacked and precisely specular to each other, belonged to Princess Albertine Agnes, daughter of the governor Frederik-Hendrik van Oranije and Amalia van Solms. The same Amalia, Diercks explains, had a fundamental role in spreading the new and luxurious lifestyle, linked to jewellery and handkerchiefs coming from the East.

A peculiar attention, then, is dedicated to porcelain: “The surprising thing is that anyone knew how to produce it, until the end of the 1800s. It was like a cult object, decorative, as we can see in many paintings”, the curator explains. “Also, we have to think about the times for a commission, which were really long: a trip lasted seven months, so before they knew if a negotiation had a positive match, they had to wait almost one year”. Besides, the porcelain had a great influence on the local ceramics production in Delft: since the half of the 1700s, Dutch artisans started copying Chinese and Japanese models, producing a mixture of Dutch and Oriental motives. 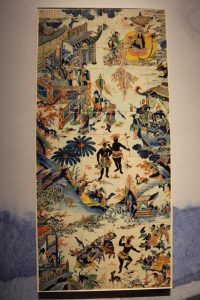 However, history had also a dark side, which is clear in some of the paintings in the exhibition. Tighter with the reproduction of porcelains – extraordinarily hit by a strange light – and handkerchiefs, we can see portraits of indigenous people, forced to slavery next to the reach Dutch merchants. The portrait of officer Wollebrand Geleynssen de Jongh is a perfect example, Dierck specifies. “With him, proud while he is wearing oriental fabrics, we can see someone else, which represent the other side of the coin of this historical period and that we didn’t want to exclude from the exhibition. The peculiarity of these reproductions, then, is that artists actually didn’t have any idea about the aspect of eastern people, so they portrayed them basing on their imaginary. In this case, for example, they looks like Africans”, she concludes.

The exhibition will remain in Amsterdam until January 17th 2016 and then it will travel in USA and stops in the Peabody Essex Museum in Salem, which together with Rijksmuseum ideated the exhibition. A curiosity? The two museums are the only ones in the world to have an internal curator specifically assigned to the export of Asian art. 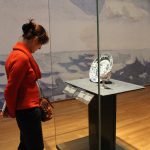 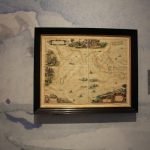 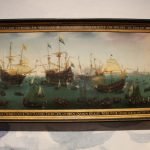 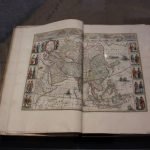 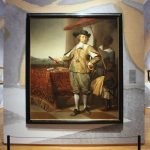 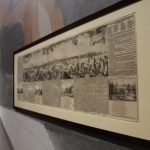 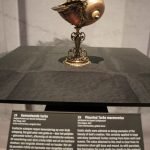 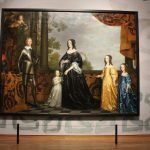 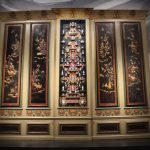 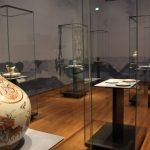 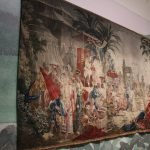 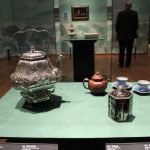