Nightlife in the Netherlands is no small scene. In each of its major cities, and some of its not so major ones, there are options aplenty, many allowing you to take things well past the early morning…if not for days on end. Take Amsterdam. In the Dutch capital alone there is virtually any genre, any style, any policy, any atmosphere when it comes to nights out. You can check out deep house at De Marktkantine, hipster rave at De School, techno just about everywhere. You can find even quality drum & bass, and not just at any run of the mill club night.

Cheeky Monday, held each (you guessed it) Monday at Melkweg is Europe’s longest-running drum & bass weekly. Going strong since 2005, Cheeky Monday originated in the Red Light District’s infamous Winston by a group of like-minded jungle heads. With its humble beginnings and collective passion, Cheeky Monday has welcomed tourists, ravers, and locals of all ages and has turned into a cultural destination of sorts. Internationally known across the world of electronic music, but firmly rooted in its junglist community, Cheeky Monday acts as both a headliner showcase and accelerator for local talent with a coalition of resident DJs throwing down everything from old school classics to a cross-section of sub-genre.

“It began as an accident,” Cheeky Monday manager Loz tells me. “I was sat in a coffeeshop with my business partner, Brad, and our very good friend DJ Sinistah. A man sat down and started swearing, WHO WANTS TO DO A PARTY ON A MONDAY,” Loz continues. “I wasn’t particularly up for doing a party on a Monday at the Winston,” he says, “but, I was convinced to do a little cheeky Monday night thing. I thought, we’ll call it ‘Cheeky Monday’. The flyer will be yellow. It will have a monkey on it. We’re done. We weren’t expecting a lot, but it was a complete sellout,” Loz concludes on the night’s origins.

In the beginning, Cheeky Monday was a monthly party. “Then it went fortnightly, and then weekly. And here we are now! 1280 drum & bass parties as the Cheeky crew. “It was a lot easier back then with the squat mentality,” Loz reminisces of early 2000s Amsterdam. “We’d (Jungle Terra) have some parties expecting 200 people, ending up with thousands and the chief of police and mayor standing outside,” Loz continues.

This iteration of Cheeky Monday went until the closing of the Winston, ultimately moving to the nightlife haven that is Melkweg. “I was trying to think of what to do and, fortunately, got a call from the Melkweg,” Loz describes of his first contact with the new Cheeky Monday home. “They’ve been very supportive of what we do and try to maintain that underground vibe. The classic Cheeky model,” Loz says. “We brought the people with us. The people and the vibe make up Cheeky,” Loz says with glee. 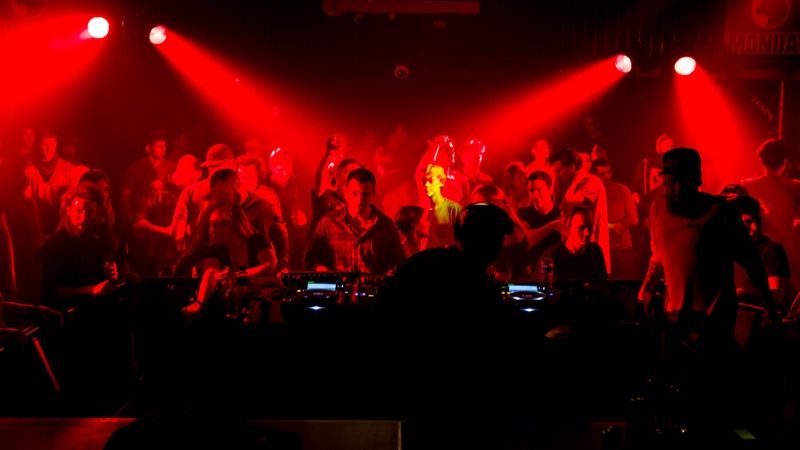 As you can imagine, over 15+ years a virtual who’s who of top DJs have come through Cheeky Monday, whether at Winston or Melkweg. According to Loz, there have been a few standouts though. “We once had DJ Storm, the first lady of drum & Bass,” he says. “It was on the same Monday as MC Skibadee passes through!” he says. “In more recent times we have had Chrissie Chris. A real DJ wizard and unbelievable to watch!” There is one artist on the Cheeky Monday wishlist, however. “Andy C!” Loz answers without hesitation.

Aside from the headliners, any quality club night is going to require a strong roster of residents to keep things quality and consistency over the long haul. “There’s been quite a few of them over the years,” Loz says. “Most of them are still with us,” he continues. “Bass80 and DJ Sinistah still play,” he says. “As the years go by more people arrive to the city and we’ve added to the family. DJ Loco is an unbelievable DJ, especially on 4 turntables, and Adi-J is a force to be reckoned with. She is an absolute beast! DJ Insom really brings the vibe. I see nothing but smiles every time he plays, same with DJ Spud. DJ Tradesman was a serious jump up DJ, now playing deeper, more upfront sounds. Always one to watch!” Loz concludes on his residents.

“I love the promotion. I love organizing. I love that. I love giving a flyer out,” Loz says of his role as Cheeky Monday manager. It shows as the UK native and longtime Netherlands resident is a veritable student of drum & bass and jungle music in all its forms (we spoke at length about the origins of the genre, the “difference” between drum & bass and jungle, my own experiences in the underground rave scene of the Northeast US, and more).

In the coming weeks, Cheeky Monday will welcome the likes of Aphrodite, Nicky Blackmarket, Bryan Gee, and others, continuing its place amongst the staples of the city, and country’s, nightlife landscape. “I would never live in Amsterdam anymore if it weren’t for Cheeky Monday,” Loz says of common sentiments he hears from the Monday night faithful. “It is an honor, a privilege, and I am very grateful. I am never going to stop doing it!” he concludes.

Correction: A previous version of this article described Cheeky Monday as Europe’s longest-running drum & bass “night”. This has been changed to “weekly” to avoid confusion.