The two shores of Amsterdam’s IJ will get much closer soon – by 2025 four bridges for pedestrians and cyclists will be built connecting the two sides of the Dutch capital. Forget about those ferries, loved by tourists but hated by residents, as they might be harboured forever. Until now they, alongside the 1-year-old metro line, have guaranteed “territorial continuity” of the capital, merging the sides of the city otherwise cut by the IJ.

An old dream: “unifying the capital”

The project connecting the two shores has always been in debate. Traces of the conversation can be found as early as the 19th century, yet the turning point was back in 2017. Then, after several technical meetings, the city council approved the Sprong over het IJ package of measures that involved the construction of the four new bridges.

The first cycle bridge – that will connect Piet Heinkade to IJplein (highlighted in blue) – will be built next to the new underground stop of Sixhaven (highlighted in dark green). A bridge from Java Island to Hamerstraat (highlighted in purple) will be built subsequently. These bridges will serve as a test for the remaining two, those between Houthavens and Buiksloterham and the pedestrian overpass from Centraal Station to Buiksloterweg, whose projects will be discussed again in 2020. 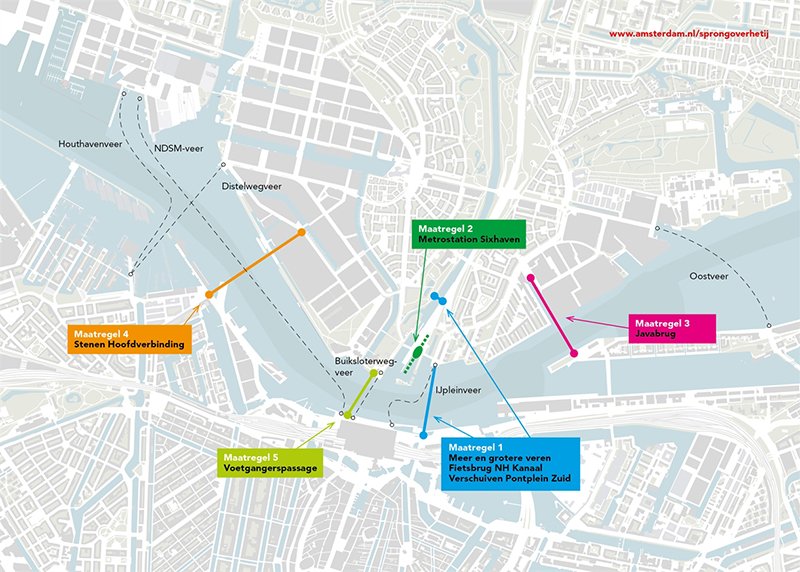 The reason why these new infrastructures are seen as needed is simple: the expansion of Amsterdam’s Noord over the past decade has made the contribution of overcrowded ferries insufficient. The other connections, the Coen Tunnel, IJ Tunnel, and the Zeeburg Tunnel, and the Schellingwoude bridge are now unsuitable for managing the flow of some 46,000 commuters who pass through the IJ daily.

Since 1800, after being used for centuries as a public execution square, Amsterdam’s Noord has become the industrial engine of the city. Only in the last few years has population growth boosted the construction of new residential districts. The introduction of different entertainment facilities and cultural events have also increased the attractiveness of the area.

New connection needs have therefore brought all the parties into agreement. “With the introduction of new cycle and pedestrian bridges, not only will two parts of Amsterdam be linked in a sustainable way, but the use of the bicycle will be encouraged even more because it reduces or eliminates the time of waiting and traveling. 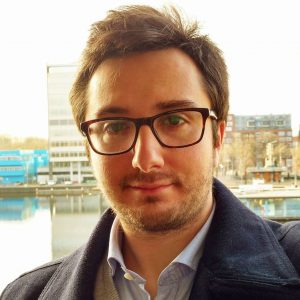 To this must be added the social, environmental and indirectly financial advantages (such as health benefits, etc.) that this type of approach includes”, explains Paolo Ruffino, strategic planner for Decisio, an economic company consulting that assisted the municipality of Amsterdam.

Some say no: a tunnel is a better option

The understanding between the social and institutional parties, however, is not unanimous in their support for the project. The infrastructure chosen to connect did not receive a unanimous consensus by, in particular, the residents of the future construction site areas. The port authorities and shipping companies also opposed the decision by proposing an underwater tunnel as an alternative solution. The debate over bridge/tunnel certainly does not end at the technical and infrastructural level but is part of a broader framework. If in recent decades the transformation of urban mobility guided by the Vervoerregio (department of mobility of the metropolitan area) has indeed rewarded the bicycle over the car, the decision to build such bicycle bridges draws a net change of trend in respect to the past – the economy generated by port activities, both tourist and commercial. It is not a coincidence that the project’s harshest criticism comes from the ministry for infrastructure and transport.

The matter is not just political, though. “The bridge solution does not convince us at all. It is an old-fashion solution. For infrastructural and economic reasons, the tunnel is a far better option and the research we conducted thanks to the support of some experts confirm this,” explains Marcel Oomen, president of a neighborhood committee, to 31Mag. 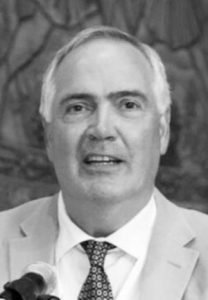 “Why not think better and immediately about an alternative solution instead of postponing the evaluation only after the first two bridges are built? Moreover, if the intent is decongesting the city center, why not limit yourself to two bridges and even plan 4 (Overhoek and Java Island)?

Furthermore, Java Island will have to be built with a steep slope due to the limited space available for the construction that can reach the height required by the project. The IJ is one of the most used watercourses in the world, will this mean that the bridges remain more open than closed?” Hans Linnekamp, a resident of the West area, agrees and adds: “The government and the municipality have invested public money for the enlargement of the IJ Muiden and the PTA (terminal for cruise ships). If the IJ will be crossed by bridges, what will happen to those infrastructures?”

A bridge is the only solution

“Despite the opposition that the project has drawn on itself, including that of the infrastructure minister, the administration has opted for the bridge solution and not the tunnel”, explains Maarten Bakker. “The administration also intends to boast of this new work and the bridge is certainly more visible than an underwater underpass. I understand those who define the bridge as an old-fashion solution, but I believe that building an infrastructure that is so important for pedestrians and cyclists is vital for the city.

We do not hide that the bridge project is more expensive than the tunnel, but it also brings more benefits to the community. At nighttime, for example, pedestrians and cyclists would be discouraged from going through such a long tunnel. I also understand the criticisms leveled by residents of the areas where the works will be built, but the polls of the municipality have shown that 75% of the population of Amsterdam would be favorable to the construction of bridges rather than tunnels”. Amsterdam is in fourth/fifth place among the largest ports in terms of traffic volume and that is why, as stated by Bakker, the administration had already in mind to move the PTA.

And residential concerns? “Following the transfer of the PTA, the new bridges will have opening and closing times comparable to that of Schellingwoude. Is the Java Island bridge too steep? Cycle bridges already exist in the Netherlands and in Amsterdam that have the same slope as those that will be built”.