The Hague (Den Haag), often confused for the capital (no, it’s not. The capital is Amsterdam) is the pulsating heart of Dutch politics but, above all, what people don’t know, is that the city boasts the presence of almost 150 institutions on its territory.

We all know some of them. The International Criminal Court, for example, is a permanent tribunal for heinous war crimes and crimes against humanity (everyone thinks it is a UN court, but it is not) or Europol, the agency for police cooperation.

These are the best known, but what are the others? How is work done within these bodies and what impact do they have on the population, in the Netherlands and more generally, in the world?

We have chosen 10 international organizations you would never expect to find in The Hague, even if sometimes they are at the next door to each other.

The PCA has 122 contracting parties, which have signed one or both of the founding Conventions. In recent years it has become a real forum for debates on the interpretation and application of the law. It has a research department and working groups with the aim to identify gaps in the international legal landscape. Moreover, the PCA organizes seminars and courses aimed to train academics and professionals.

OSCE – Organisation for Security and Cooperation in Europe – is the largest regional security organization in the world. Since 1992, the Bureau of the High Commissioner on National Minorities has been based on the “City of Peace and Justice”. But why in Den Haag? Simple. The Netherlands has always played an active role in promoting and protecting human rights. This is the reason why the Office is based right in the heart of The Hague.

The agency aims to prevent conflicts by adopting an inter-dimensional approach. Its role is to identify and seek a rapid resolution of tensions involving national minorities that could endanger the peace. Much of the day-to-day work consists of identifying and addressing the causes of ethnic tensions and conflicts; it provides assistance through analysis, recommendations, and guidelines. It often reminds states of their obligations with regard to minority rights and provides structural support through projects that aim to achieve sustainability and the enhancement of local resources.
It has a staff of about 30 employees.

The Special Tribunal for Lebanon is an international court. Its main mandate is to try those accused of causing the attack in Beirut on 14 February 2005, where 23 people lost their lives, including the former Prime Minister, Rafiq Hariri. This institution is different from the others: it is not a United Nations court and nether part of the Lebanese judicial system. It applies national law, but for security reasons, it was established far from Lebanon, in Den Haag. 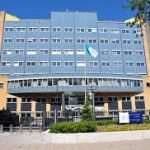 The sentences will be served in a state designated by the President of the Court, drawing from a list of states that have expressed the willingness to accept the convicted.

The STLEB is the first international court to follow a national criminal code; it is also the first court to treat terrorism as a ‘discrete crime’ following the description of the UN Security Council.

UNESCO – IHE is an international institute for water education. It was established in Delft in 1957 when the IHE Delft Foundation launched the first postgraduate course in hydraulic engineering for professionals working in developing countries.

In 2001, the 31st General Conference of UNESCO decided to make IHE part of the Organization. It is an Institute coordinated by all UNESCO member states and is the largest water education facility in the world. It is also the only institution in the United Nations system authorized to award accredited degrees.

Because of the importance of its activities and its peculiarity in the educational system, the Institute for Water Education has been declared as UNESCO World Heritage Site. 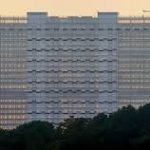 The EPO is not only an EU institution but also includes associated countries such as Macedonia, Switzerland, and Turkey. Therefore, it, not only, contributes to innovation, competitiveness, and economic growth throughout Europe but also plays a leading role in the development of a global patent system.

The two head offices are located in Munich (Germany) and Rijswijk (Netherlands), with secondary offices in Berlin and Vienna. To quantify the work of this institution and its growing importance, it is enough to say that in 2016 the European patent application has grown to the record of more than 296,000 applications.

The Iran-United States Complaints Tribunal was established after the dramatic political-diplomatic crisis between the Islamic Republic of Iran and the USA. The relations between the two governments were interrupted following the so-called ‘hostage crisis’, when 52 members of the US embassy in Tehran were held hostage between the 4th November 1979 and the 20th January 1981.

On 19 January 1981, as agreed in the Algiers Agreements, the Iran-United States Claims Tribunal was established, whose rulings are also binding for third parties.

The Court celebrated its first meeting on July 1, 1981, in the courtrooms of the Peace Palace, launching the greatest challenge ever faced in the history of arbitration.

Since 1979, the IUSCT has been the only institutional forum where Iran and the USA hold formal talks, although – officially – limited to the mandate of the Tribunal. Today, the Tribunal has completed more than 3,900 claims and ordered payments for more than $3.5 billion.

The Special Court for Sierra Leone was established jointly by the Government of Sierra Leone and the United Nations. It has to trial those responsible for serious violations of international humanitarian law and of Sierra Leone’s law committed on national territory since 30 November 1996.

Since 2003, the Tribunal has handed down 11 sentences for war crimes, crimes against humanity and other serious violations of international humanitarian law.

The Court concluded its activities in 2013, leaving the place to the Residual Special Court for Sierra Leone (RSCSL), which has the task of completing the work begun by the Special Court.

It is the newest internationalized court in Den Haag and probably the most controversial one. First of all, because the mere recognition of Kosovo as an independent state has literally split the international community. Then, because, as often happens in post-conflict courts, the former guerrillas who are now national political leaders might end up on trial.

The Specialist Chambers and the Specialist Prosecutor’s Office are part of the Kosovo judicial system. The purpose of the court is to try those responsible for crimes committed in Kosovo during and in the aftermath of the war of ’98-00.

Both the Chambers and the Specialist Prosecutor’s Office are temporary, with a specific mandate. Indeed, they have jurisdiction only over certain crimes against humanity, war crimes and other crimes under Kosovo Law.

The particularity of this institution is that the law allows proceedings to be relocated outside the national territory. The Chambers and the Prosecutor’s Office are therefore based in The Hague and have exclusively international judges, prosecutors, and staff. They can order the transfer of proceedings within their jurisdiction from any other Kosovo prosecutor or court, regardless of the stage of the investigation or proceedings.

CCOE is an international military organization founded in 2001 to support NATO’s transformation program. The aim is to build opportunities to improve education and training, to develop studies and analyses of NATO and the Civil-Military Cooperation Centre (CIMIC) and to provide general support for their activities.

In 2017 it was conferred the title of CIMIC Award of Excellence, for its wide range of civil-military interaction activities. Also in 2017, the CCOE celebrated its tenth anniversary at its headquarters in The Hague.

Although CCOE is accredited as a CIMIC Centre of Excellence, its expertise and experience are also available to other international organizations such as the European Union, non-governmental organizations and scientific institutions.
The Centre is funded and controlled by the sponsoring nations and is not part of the NATO command structure. 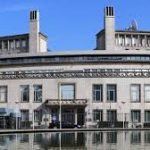 In conducting these functions, the Mechanism maintains the legacy of these two ad hoc courts, pioneers on the international scene, carrying out also the best practices in the field of criminal justice.

“By establishing the Mechanism, the Council has helped to guarantee that the closure of the two pioneering ad hoc tribunals does not open the way for impunity to reign once more,” says Theodor Meron, President of the UN Security Council.